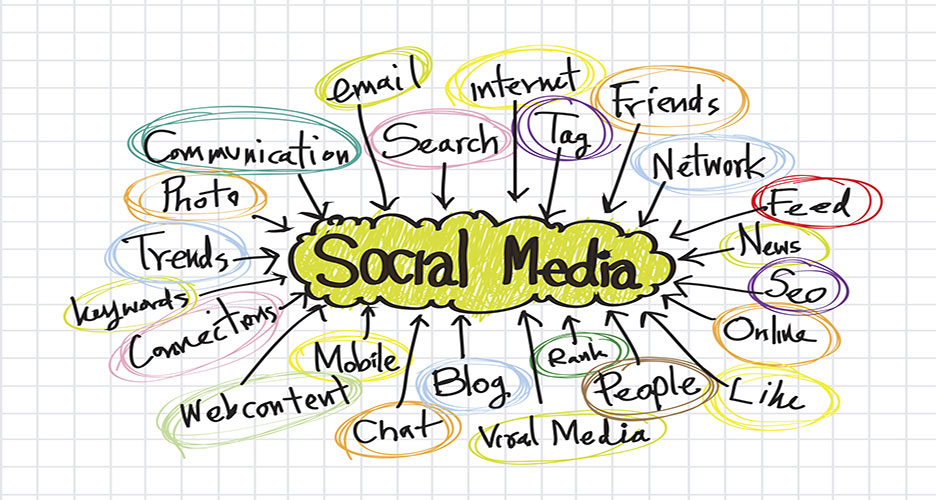 Last time, we saw how easy it is to underestimate the importance of copywriting and the role of the copywriter. It’s deceptively simple, due to its often conversational nature… and (often) use of few words.In this article, we’ll take a look at the confusion this has led to, regarding the current and future viability of copywriting.

There’s a growing segment of the population – the Internet’s Town Criers, I call them. Ringing virtual bells in the middle of the global town square; issuing royal proclamations about the imminent (or past tense) death of copywriting. I believe that the reason for this is because they’re noticing a shift which is similar to that which has always occurred over the history of copywriting and advertising itself. Shifts that have always been accompanied by claims of a copywriting apocalypse. Even as copywriting has evolved; simply being called by other names.

Doomsayers most often cite the growth of two things: visual media and social media. Video has proven to be an effective medium, similar to television before it. Meanwhile, businesses enjoy direct engagement with customers on forums such as Twitter; and there is a heavy word-of-mouth component involved, as well. It’s not too far of a stretch to see why there’s such confidence in announcing copywriting’s demise.

Overall, I’d argue that two things have collectively helped re-enforce an increased sense that almost everything is easy to do; everyone is an expert about everything; and that everything necessitates a user/spectator review. Web 2.0 (the second “era”of the Internet; where content became more interactive and user-generated – starting from late 2003, to the present) and reality television. Even with no experience, we have insight on the ready and snark-on-demand: offering opinions, judgments, condemnations and advice on everything from singing, complex inventions, international law, running a 4-star restaurant, or even putting people on Mars.

Advertising is not immune, in the least:

“I’ve seen plenty of TV and magazines. Ads are just some text and a picture.”

The nature of copywriting already seems simple, in execution, because there are usually few words and/or a conversational tone. It’s designed to be accessible to anyone and, as a result, often seems deceptively “easy”to do and/or to master by less experienced communicators. Again, as Blaise Pascal told us… telling a complete story, using less words, can be a tall order.

Earlier eras of advertising featured copy which, sometimes, was as basic as stating the name of the product or service and a quick, direct blurb about what the benefit was. Sometimes puns were liberally sprinkled in. This evolved into longer copy, which sometimes over-explained benefits. And because there was less regulation in the industry, advertisers were able to make the most outrageous claims imaginable, without fear of repercussion. Why, even cigarettes were healthy for you, according to early advertisements! For a while, all that seemed to matter was that the words flowed, and sounded positively excited about the product!

Then Bill Bernbach, of Doyle Dane Bernbach (DDB), came along and determined that copywriters and art directors should work together as a team. Instead of disconnected elements created in isolation, copy and art would have a symbiotic relationship; supporting and inspiring one another. This helped to usher in one of the most influential periods in the history of Advertising.

Within the next 20 or 30 years, many announced that the term “copywriter” was an obsolete one. With the introduction of cable television and the emergence of the likes of MTV, QVC, Home Shopping Network, ads had become even more visual and vocal. It was determined that consumers were too impatient to read headlines and copy.

However, the copywriter didn’t actually disappear. It was another case of subtle adaptation; a shift in thinking. Copywriters and art directors began to work more closely together to convert headlines into eye-catching graphics, video and coupons. When words were used, they were applied in ways that didn’t feel like copywriting, to the average person (late night conversational infomercials, anyone?). That’s similar to what’s happening today. Adaptation.

A Tool In Disguise

Copywriting may currently be undervalued, but its actual value has not diminished. On the surface, modern copywriting still bears all of the same qualities it traditionally possessed. It accomplishes the same thing – to get the consumer to make a decision.

And now… upon closer inspection, there’s now more going on “under the hood”- the “old jalopy”has a re-built engine. The modern copywriter, simply has evolved. He and she sits comfortably alongside the “Laymen Pitchmen [and women]” of the Internet (who eagerly dole out reviews, advice and recommendations of favorite brands, products and services to loved ones). And the modern copywriter has adapted and integrated new skills so efficiently that copywriting often goes undetected by many.

Even in visual and social media today, copywriters often have a hand in bridging the gap between advertiser and consumer. It doesn’t always seem like copywriting, to the average person. Internet users are constantly immersed within a cycle of promoting and being promoted to (often in the form of sharing memories with loved ones); to the extent that it’s now more rare to see something on the Internet which is not promoting an idea or product in some way.

Because of this, I would actually argue that copywriting may be even more important than it’s been in the last 30 years. he digital medium is built for it. Yes, with our High-Def screens and computer graphics we are addicted to visual stimulation. However, there are many complex ideas which cannot be conveyed by visuals alone. Copy is needed on devices and apps to explain use; to make purchase options clear; explain the features and benefits of products and services. We may change the style and type of copy which is used. We may not call it “copy” at all. But copy is used, nonetheless.

Most videos won’t result in a significant amount of sales without a well-written script, or well thought-out “improvisation”. Social engagement on networking sites is great… but especially with limited characters (and heavy competition for readers’ attention, at every turn) it’s essential to make the pitch for products, brands, and services as clear and succinctly as possible.

This is still largely true of video, as well – the majority of viewers prefer for information to be digestible, in smaller, quicker chunks.In both video and text-related mediums, effective copy should be somewhere in the chain, for most sales-related actions to be taken. Not only an efficient pitch, in and of itself… but it also helps if it’s conversational in style.

Stay tuned for Part 3, the grand finale, where we talk about the evolution of modern copywriting, for the digital age. What new tools and techniques have been adopted? How has it adapted for use in the rapidly-expanding digital media environment?

If you missed Part 1 of this series, you can find it here!

Jammes Luckett is Marketing Matter’s Summer 2014 Copywriting Intern. Luckett began her career as part of the award-winning team at Macey Lipman Marketing (MLM), as its youngest National Marketing Director; and concurrently was a Contributing Editor for several of its music and culinary publications.She later became head of the Research department at iNetNow, Inc., and went on to serve in a number of key creative and technical roles on major and independent productions; spanning film, television, music, theatre, radio, and animation.Jammes is an alumni of Denison University and The University of Southern California.In her spare time, she writes speculative fiction; and also records electronic music inspired by many different genres and eras.