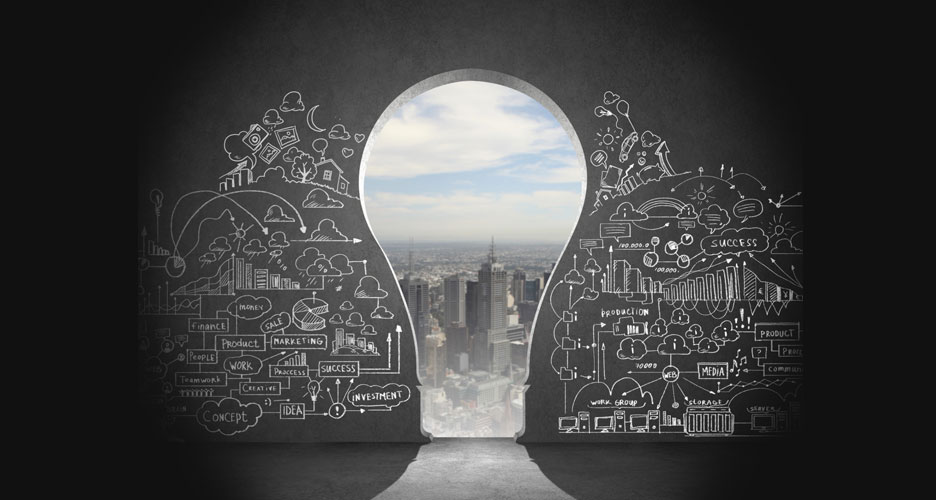 You say you want an evolution?

As we discussed in Part 2, there’s quite a number of people who have been sounding the death knell of copywriting, for some time now. The idea is that with visual and social media promotions yielding great results for many, copywriting appears old-fashioned and ineffective, in the fast-paced digital world. If so much can be communicated with video and everyday conversation, then what is the use of structured, grammatical copy, in this day and age? In this article, we’re going to examine how copywriting is continuing to evolve; possibly in a more important (albeit subtle) role than ever before.

I would say that the Web 1.0 (the first “era”of the Internet, from its origins to mid-2003) was primarily about the sharing of information, from a few expert sources; as well as pointing user to countless portals, directories, and catalogs. The majority of early Internet users were readers; spectators of static text and image pages. Whereas, Web 2.0 has been about about interactivity, conversation, opinions and debate. It’s the era of user-generated content; on dynamic pages which expand, contract, animate and more. Users are now active participants in discourse, often taking authoritative positions on various topics of interest. Now, the consumer often is enthusiastic to make pitches to family and friends about brands, services and products they enjoy, via video and text reviews. Word-of-mouth ensues.

However, those trendsetters still have to find out about products, services and brands; some way, somehow. Products don’t distribute and market themselves (Not literally, anyway. At least probably not until the year 2067…). Unless businesses plan to send products and service providers to consumers’ homes for free, at random, and hope that they’ll talk about it…advertising must be done; copy is still needed for that.

With much needing to be communicated in smaller amounts of time (due to attention fatigue) and increasingly smaller spaces (limited characters, smaller screens, etc.), professional copywriting is a still an viable mode of communication in modern advertising. As we mentioned earlier, even brevity itself can take time and be an art, unto itself. Especially when the entire story of a product, service, or brand needs to be told within the span of a few lines; or a few minutes, or even seconds of a video.

Copywriting remains an effective tool towards converting a person who’s skimming because they “just wanted to have something to do”for the moment…in to a person who wants to do something in the moment. Buy. Learn. Make a decision. All of these are forms of selling that reader/viewer on the underlying message.

The Internet is an integral part of the complete marketing effort. As business owners place increasing emphasis upon the importance of today’s social media, gadgets and apps; and advertising takes on more forms in the digital realm, copywriting has gotten a bit more complex. Many writers who worked in “traditional” media now write for Websites and interactive media such as email, banner ads, book trailers, online sales letters and more.

In addition to the traditional skills we discussed in Part 1, today’s copywriter needs additional specialized skills, in order to be wholly effective in this diverse new world of advertising. These skills and tools go far beyond anything his or her predecessors ever needed in their arsenal. And this is a large part of the reason a lot of people don’t realize that copywriting is still all around us, as crucial as before — it’s being delivered in many more ways.And with even average citizens accomplishing complex tech tasks with minimal effort, the different ways that copywriting has taken form is less noticeable. As with traditional skills, many of these new skills are closely-related but different beasts, all the same.It’s not that the modern copywriter has to be a master of all of these skills – but some experience in these areas allows him/her to develop better content for digital mediums:

As long as a sales message needs to be delivered to a consumer, it simply is not possible for content copywriting to ever go away. Well, there is a way it could disappear. When an invention arrives, which will allow a consumer to plug his/her brain into a kiosk… which will then convert visual images directly into effective sales pitches inside of the brain’s synapses, and without the involvement of a single word.

So yeah… Until then, copywriting is here to stay. Through Web 3.0, Web 4.0… and wherever that all leads to.

Did you miss Part 1 and Part 2 of the series?

Jammes Luckett is Marketing Matter’s Summer 2014 Copywriting Intern.Luckett began her career as part of the award-winning team at Macey Lipman Marketing (MLM), as its youngest National Marketing Director; and concurrently was a Contributing Editor for several of its music and culinary publications.She later became head of the Research department at iNetNow, Inc., and went on to serve in a number of key creative and technical roles on major and independent productions; spanning film, television, music, theatre, radio, and animation. Jammes is an alumni of Denison University and The University of Southern California.In her spare time, she writes speculative fiction; and also records electronic music inspired by many different genres and eras.