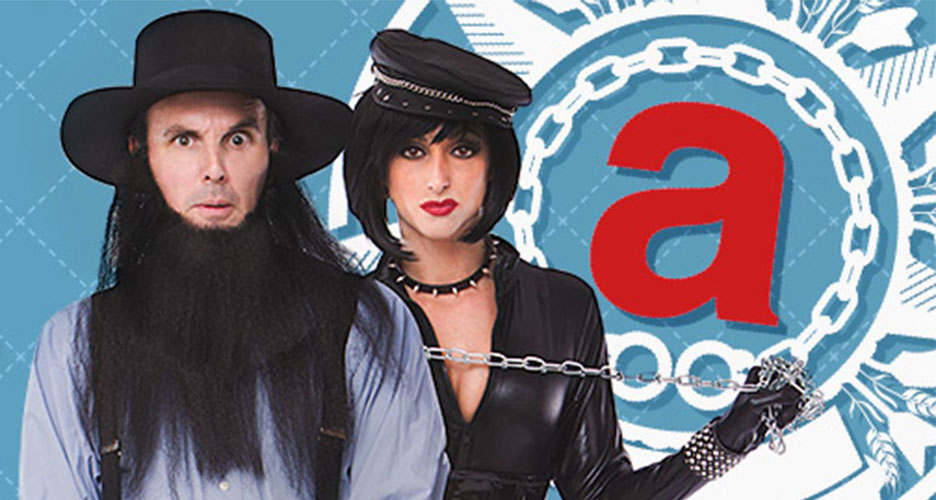 Our Experience Hosting The ADDYs

The American Advertising Awards, formerly known as the ADDYs, is an annual award show given by the American Advertising Federation (AAF), to honor the very best creative work in the industry. Attracting over 40,000 entries every year, only the most innovative campaigns are selected out of local chapters to compete on a wider national level.

Every year an agency is given the task of hosting the ADDYs within its local chapter. No matter the agency, the creation and execution of a large scale event is a huge undertaking and Marketing Matters was up for the challenge. This year, our agency had the honor of hosting the Austin Ad Fed’s 2015 ADDY Awards Show recognizing the best agencies the Austin area has to offer.

Given the event’s importance to the entire advertising industry—and the manpower and resources required within a short time frame—how would we pull off such a great show?

The ADDYs not only celebrates the creative work of some of Austin’s most respected agencies, but it gave Marketing Matters an opportunity to showcase our talented team.

Geared up and ready for the challenge, we rounded up some fearless members to tackle the ADDYs. Marketing Matters Principal, Deborah Magnuson-Elliott, in charge of administrative direction of the show led our team to success. From managing internally to coordinating with the Austin Ad Fed, Deb had high expectations for our agency.

“We wanted to show that we could do this.”- Deb

In addition to balancing client work, the whole agency took on the responsibility of producing the ADDYs. Luckily, Tom Slater our Art Director took the helm as the creative lead on all ADDY projects, working with actors, dancers, photography, building sets and countless other tasks, putting so much thought into every last detail of the event. We also enlisted our Copywriter, Jammes Luckett, to help production, voice-overs and writing the live hip-hop segment for the show. With our three leaders, the rest of the MM team was prepared to take on the huge undertaking of hosting the ADDYs while maintaining our current client work all at the same time.

“It was a special opportunity to showcase the creativity that the agency has in its arsenal, while helping the Austin Ad Fed to spread awareness.” – Jammes

With a team established, the concept was our next big task. The show’s theme, “Own It” was developed through a series of in-depth strategy sessions, honing a message for the creative community to identify with.

Tying the two subcultures of “The Am and Dom” together heavily drew on parallels between the relationships that exist between agency and client.

“Each group pushes the boundaries of what society considers “normal”- Deb

Pushing the boundaries is an ever-present internal conflict that many creatives face within the world of advertising. “Own It” was a perfect message for the creative community to take ownership of the work they produce.

Whipping It Into Shape: Assembling The Pieces

After establishing quite an unconventional theme, Tom led our whole creative team through the daunting task of producing an unbeatable awards show. This involved creating an ad campaign that not only involved digital and print elements, but also utilized extensive experiential details to draw in Austin’s top creative talent.

On top of creative, we had to step up our social media game to promote the show. Working with our digital specialist, Taryn Gamboa, we created Facebook and Twitter contests to reinvigorate the advertising community and raise awareness of the show through the Austin Ad Fed.

“We wanted to get the Austin ad community excited and buzzing about the ADDYs.” – Taryn

We held a photo caption contest on Facebook, rewarding the funniest caption writer with free tickets to the show. Just from this contest, we were able to increase activity and engagement on social media. During the ADDYs, we also held a Twitter contest where followers could tweet about their favorite part of the show to win a $700 Sonos Soundbar and tickets to next year’s ADDYs. Posting up until the final day of the show, we made sure to get the word out and creating a buzz around the event.

Assembling the pieces of the ADDYs was no easy feat. Months before the show, our team worked around the clock utilizing the talents of actors, event planners, video production, lighting companies, photographers, caterers, working our internal team to the core and not to mention building set pieces by hand. Although most of the production was done in-house, partners such as The Velvet Cartel, Couture Details, ILIOS Lighting, Nomad Sound Inc., API, Digital Touch Systems and Peary Photography made sure our vision stayed on track. We’re so grateful to have their help!

Churning It Out: Showtime!

In order to prove we could “Own It” we thought the best way to deliver an entertaining halftime number was with a live hip-hop segment written and produced by Jammes. Tom led the dancers, fully choreographed and costumed.

“I was extremely happy with how it all turned out. Everything just gelled together.” – Tom

“I remember looking around at the crowd, seeing smiles, laughter, networking—people loving the work boards and commenting about the creative.” – Deb

Servers of the themed food offerings, fully committed to their roles, added the finishing touches to a memorable night. As the ADDYs unfolded, we regarded the show with a sense of satisfaction, seeing the combined fruits of our collaboration, after months of work.

“The team ran with a tricky concept and executed it with such a fearless personal, fun and memorable stamp.” – Jammes

Creativity Unleashed: Taking Charge And Owning Your A

The 2015 Austin ADDY Awards was definitely a different type of show that created buzz and excitement among attendees. It felt that we accomplished our goal. Exercising creative freedom, and showing our peers the kind of work and detail we’re capable of.

“I hope it shows the advertising community that, although we may be a small shop, we can still produce big events with highly creative content.”- Tom

As we turn our eye to greater adventures ahead, we remind our team that no matter our size, we can solve problems and create masterpieces. In accepting a massive challenge and pouring our heart and soul into every detail, we hope we showed that no agency should ever be afraid to OWN IT.