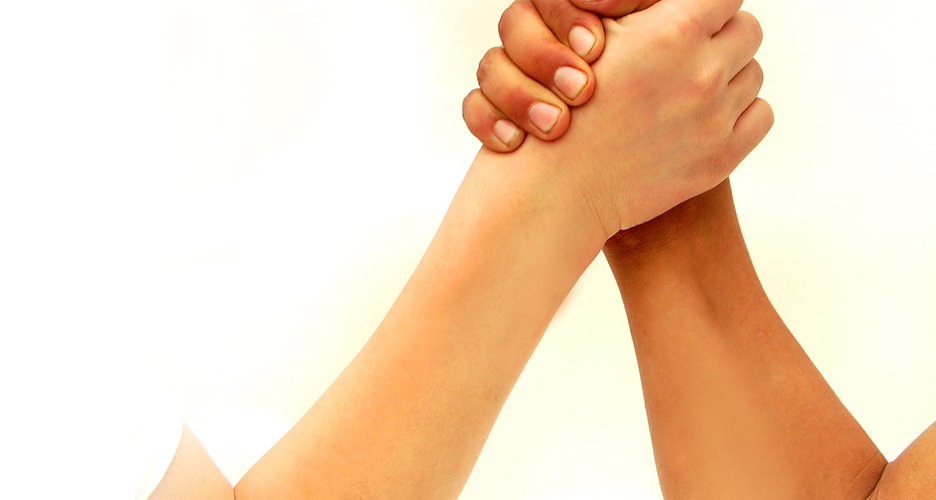 Better When We’re Together – Digital & Creative

Designers and developers: mortal enemies engaged in a daily titanic struggle for intellectual supremacy or best friends from opposite sides of the tracks? Opinions vary on the value and classification of each skill set, but almost everyone agrees that their coexistence is vital. Generic info graphics deftly point out the differences between the two, such as cargo pants vs skinny jeans, typographic shirts vs nerd humor, or how each specialization utilizes opposite hemispheres of the brain. These differences are well documented, as is the need for both divisions to work together.

How do these two skill sets complement each other, and in what ways do they make each other stronger? Developers need designers to provide beautiful assets for their website so that it looks polished and complete. Designers rely on developers to bring their creative vision to <life> and optimize it for a myriad of digital devices.

This tandem is at once abrasive and beneficial as both sets of needs test the abilities of what the other entity is capable of producing. This process, while not always free of turbulence, is a proven method of propelling the group as a whole to a higher level of creative output.

Lets Get Ready To Rumble!!

Anyone in the advertising, marketing or design industry has witnessed the differences between designers and developers play out in-house, sometimes on a daily basis. All too often, digital and creative face off, an uninhibited clash of disciplines vying for superior consideration. At times the encouraged, management-sponsored title bout between the two sets of disciplines is needed, but it should always be moderated closely and implemented only when necessary. The idea is to challenge these differences head on, with each group forcing the other to work harder and improve overall productivity and communication in the workplace.

These debates are beneficial to the advertising process when understood correctly and moderated without bias. Again, this is not to encourage confrontation at every turn, but rather that these select, curated experiences help improve and articulate the values and aim of each style.

We agree that digital and creative must co-exist, but with the future of advertising predominantly web-based, how do these strategies compensate for these trends? Print still has a great appeal for large and engaging visuals, while the digital shift places more value on convenience than composition. However, as both mediums utilize technology in increasing amounts, the line that divides the two becomes more blurred every day.

It’s important to consider the reliance of each on the other and the need for a basic understanding both sets of principles. Once enlightened, creatives and developers can feel confident in their ability not only to work together, but also to use the pace of technology to their mutual advantage instead of their individual downfall.

Secrets Of A Balanced Process

Balance training requires the left and right brain hemispheres to communicate with each other without overpowering one another. Balancing between the digital and creative departments in an agency is not easy, as each department is composed of multiple personalities and features specialties which must be considered.

While it is not an exact science, an honest effort to understand differences and a willingness to listen and learn from each other will determine whether an agency struggles to survive or continues to thrive. Independent of each other, each department can achieve incredible results, with each style representing clear values and implemented with decisive execution. But the strongest bond is one forged through the trials of adversity, the combination of two separate elements to create a product that is greater than the sum of its components.